Knowing the spices in depth (16)
Recipes and homemade seasonings (10)

Making our own curry mix
Preparation of homemade (ground) curry The use of spices in Hindu cuisine Hindu cuisine is cha...
(6)    (0)

5 reasons to become a ginger addict
Originally from Southeast Asia, ginger (zingiber officinale) is a root, or more correctly a rhizome...
(16)    (0)

The 6 most Christmas spices
When I think of Christmas, childhood memories inevitably come to me, when the whole family got toget...
(6)    (0) 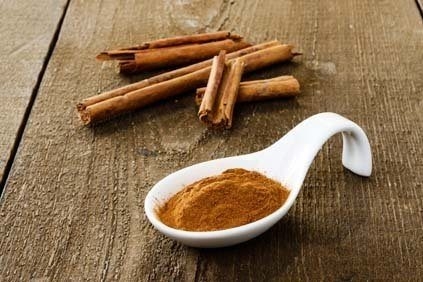 Knowing the spices in depth

Ceylon cinnamon, Chinese cinnamon or cassia, Saigon cinnamon ... if you have started to research something, you will surely have been surprised to find all these names for what we only call just cinnamon, but ... are they different varieties or are they the same plant? How are they different from each other? How can i distinguish them which is better? (buy cinnamon of pure Ceylon)

Cinnamon is one of the best known spices since ancient times. The Egyptians already referred to its use as one of the fundamental elements in the embalming of corpses, and uses of cinnamon oil have been found in ancient Greek texts.

Its provenance has always been surrounded by a certain mystery, historians referring to different legends for its origin. Herodotus, for example, reported that a large bird used it to make its nests, built entirely out of human reach. So to get the cinnamon, the men offered him big pieces of meat that the bird took to its nest until it was too heavy and fell to the ground, where you could catch the cinnamon ( note. Some sources attribute this story to the Roman historian Pliny the Elder ).

Today, the world production of Ceylon cinnamon is still mainly concentrated in Sri Lanka and on the southeast coast of India.

The Cinamomum variety is made up of about twelve species of trees, of which only three or four are commercially exploited.

In general these last three are known as Chinese cinnamon (the variety aromaticum), Vietnam (burmanii) and Saigon (loureii).

Most significant differences between cinnamon

Cinnamon is obtained by drying and rolling up the inner bark of the cinnamon tree, the phloem. This inner bark (its name comes from the Greek φλοιός -bark- is responsible for transporting food and sugars from the tree from the leaves, where photosynthesis has been carried out, to the rest of the plant. This inner bark dries and coils and is what constitutes cinnamon.


At the organoleptic level, Ceylon cinnamon has a sweeter and more delicate flavor, while Cassia cinnamon is slightly darker in color, and Saigon cinnamon usually has a stronger aroma and flavor.

But, can you distinguish ground Ceylon cinnamon from others? 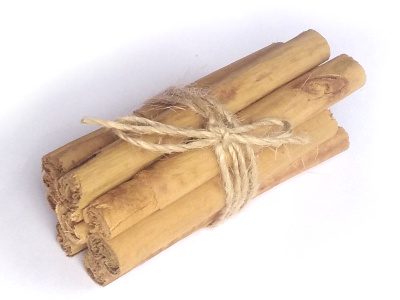 Very often you ask us how you can distinguish one cinnamon from another once it is ground.

Unfortunately, once ground and with the naked eye it is almost impossible to distinguish one from the other: the Saigon cinnamon is usually somewhat darker, and its flavor slightly more intense, and not as sweet as that of Ceylon. Cassia scent is not as delicate. Ceylon cinnamon is usually lighter in color, but this cannot be taken as a rule, since it may depend on environmental factors during grinding and also on the actual harvest or selection of cinnamon that has been made.

For this reason, when buying cinnamon powder, we must search the label for the origin or scientific name of cinnamon to try to find this information.

It may also be worth, as a general term, to consider that when it is simply labeled as cinnamon, we will be facing cassia, since it is much cheaper than the others.

Comparison table of the different types of cinnamon

IMPORTANT: The marketing of all these cinnamon sticks is completely legal, although the European Union has established limits tried to establish limits to its consumption due to the high percentage of coumarin present in cassia cinnamon, the most used for some very popular desserts -mainly the well-known" cinnamon rolls "- in Holland, Denmark ...

Companies as important as Ducros or McCormick use both Saigon cinnamon, thus indicating it on their packaging, such as China or Vietnam.

The cinnamon that you will see used in decoration (centerpieces, candle decorations, as well as in different ornamental crafts, etc.) is always cassia cinnamon (mainly of the aromaticum variety), for two very clear reasons: < / p> 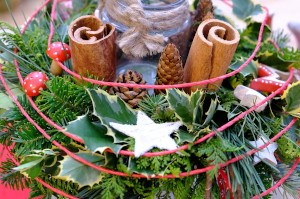