Knowing the spices in depth (16)
Recipes and homemade seasonings (10)

Making our own curry mix
Preparation of homemade (ground) curry The use of spices in Hindu cuisine Hindu cuisine is cha...
(6)    (0)

5 reasons to become a ginger addict
Originally from Southeast Asia, ginger (zingiber officinale) is a root, or more correctly a rhizome...
(14)    (0)

The 6 most Christmas spices
When I think of Christmas, childhood memories inevitably come to me, when the whole family got toget...
(6)    (0)

In this section we collect some of the most common questions and doubts that our clients ask us, both about the operation of the website and about spices and herbs. This section is constantly growing, so be sure to check it out.

When should we use ground cinnamon and when to stick?

Cinnamon, whether it is Ceylon cinnamon, cassia or any other variety (different types of cinnamon), is the shell or bark interior of a variety of trees called "canelos", therefore, it is wood. Therefore, its properties are similar to those of other woods, that is: cinnamon is NOT soluble, and it also floats. Knowing this, we can intuit when to use one option or another, but in general, we can indicate that: 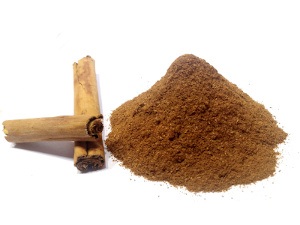 Whether we are going to prepare a tea or an infusion, or if we want to flavor a milk that we will then use for dessert or to make a liqueur (such as coffee liqueur), we must always choose cinnamon sticks or chips, not ground. In this way we will avoid dirtying the preparation. That is, when we make a preparation where we can or want to later eliminate the cinnamon in a simple way, we must choose the stick option.

We will use ground or powdered cinnamon mainly in desserts, when it is going to be added at the end, sprinkled. Also if we want to mix it with other ground products, such as cocoa, sugar, etc.

Why do you add mint to pennyroyal?

This is, relatively frequently, a question that comes to our email from some clients. Actually, the pennyroyal is not a pennyroyal to which mint has been added, but is a plant in itself " mentha pulegium ", belonging to the common mint family ( mentha piperita ). Therefore, in addition to the menthol aroma, more intense in peppermint, they also share other beneficial properties.

Other plants that belong to the same family are the mentha spicata (commonly known as peppermint) or the mentha citrata (bergamot).

To strengthen the immune system, the doctor has recommended me to take a glass of lemonade with turmeric, ginger and a little black pepper, am I correct?

As we have already indicated on previous occasions, if your doctor advises or recommends a certain treatment, this criterion must prevail: in addition to being health professionals They know your medical history and any particular problem such as allergies, sensitivities or any other data that should be taken into account when consuming one product or another better than anyone.

Why are all spice blends salt-free? Is it for health?

No, it is not really for health reasons, although more than one client with high blood pressure is very happy when they discover that our condiments or preparations do not contain salt.

It really is because, considering that we all have salt at home, by not adding it we allow much more flexibility for everyone in their house, to decide when you want to add it -in some recipes it is preferable to add it at the end of the plate-, how much you want to add -not only for health, but also because some foods are rich in salt - and of course, what salt to add: Himalayan pink salt, black salt, flakes, etc.

705/5000
Is ground cinnamon and raw Ceylon cinnamon the same?

All the cinnamon we sell is 100% Ceylon cinnamon. The difference between ground and raw cinnamon is in the fact that broken and chopped sticks are usually used to crush or grind, leaving the sticks more whole and with better appearance to sell raw. This rule, in general, is valid for almost all spices and herbs, where the broken pieces are left to grind.

In any case, when buying a ground spice, it should be done from a trusted supplier, since otherwise, you do run the risk of buying a much less aromatic ground product when using less clean or lower quality product.

Ground cinnamon and Ceylon cinnamon stick, is it the same?

All the cinnamon we sell is 100% Ceylon cinnamon. The difference between ground and raw cinnamon is in the fact that broken and chopped sticks are usually used to crush or grind, leaving the sticks more whole and with better appearance to sell raw. This rule, in general, is valid for almost all spices and herbs, where the broken pieces are left to grind.

Anyway, when buying a ground spice, it should be done from a trustworthy supplier, since otherwise, you run the risk of buying a ground product much less aromatic when using a product that is not very clean or of inferior qualities.